Instagram is a digital stage for performed self-promotion; a hall of mirrors where images of oneself reflect and radiate. The Hall of Mirrors was the most spectacular room in the Palace of Versailles. Lining one side of this long hall mirrors reflected the most privileged of French society. The windows facing these mirrors look out to a landscape built by French army engineers - forest/farmland turned into neatly trimmed symmetrical geometric hedges, swampland drained into jetting fountains. An entire reflecting world, controlled and insular, centered around and supporting the absolute monarchial power of Louis the XIV, the ‘Sun King’. What is the central power behind our hall of mirrors? Unlike the physical Hall of Mirrors, the murky design of digital communal space, one step removed from human authorship, has left open questions about its function. Is social media a new public square, a forum for radical democracy? Or have the ties of digital connection allowed for the rise of populist demagogy? As consumers in a capitalist society, citizens in a democracy, why do we freely give up our valuable personal data to participate in this space? Is an isolating narcissism the driver of sharing on Instagram or is posting images a new global form of connection transcending the barriers of linguistic divisions? This project used the medium of contemporary decorative arts to materialize these concerns. Each object in the Hall of Mirrors of Versailles reflected the social uses of that space. By placing twelve contemporary works in the contextually rich environment of the restaurant of a glamorous West Hollywood hotel, they became social actors with their subjects. 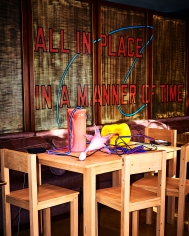 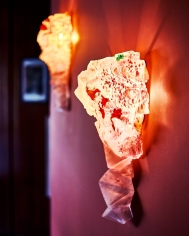 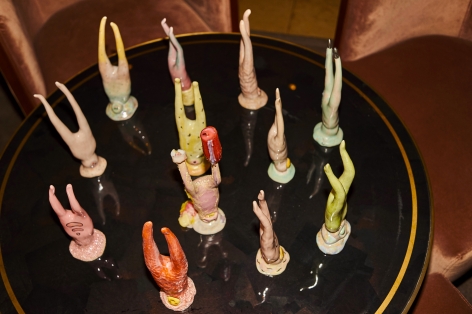 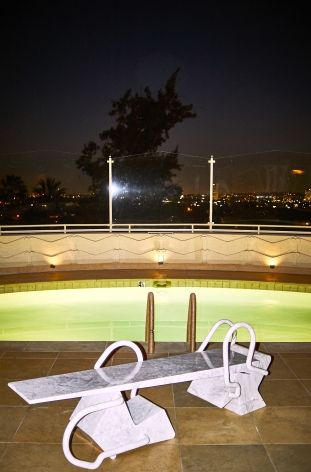 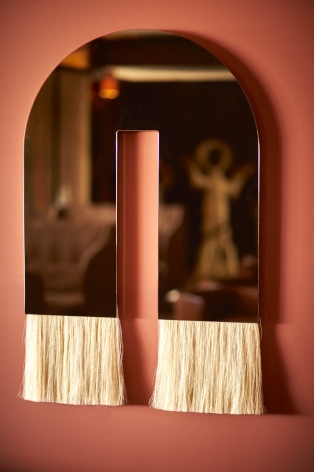 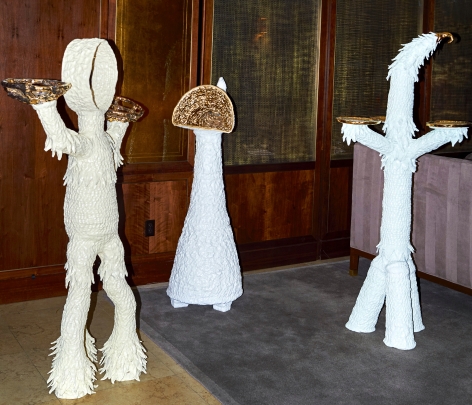 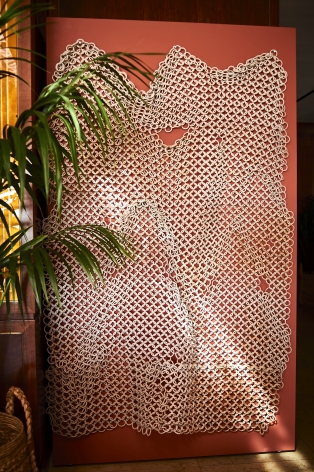 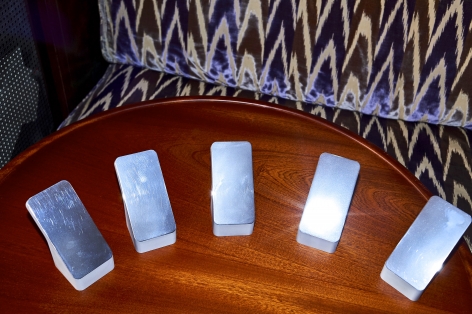 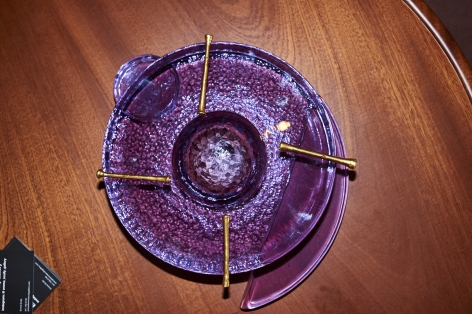 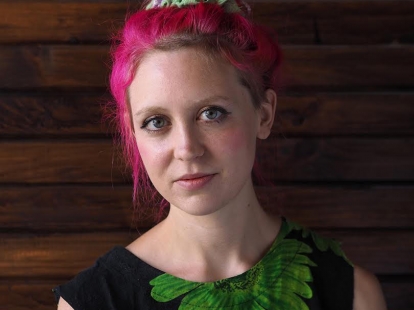 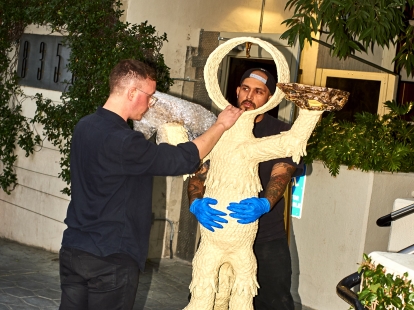 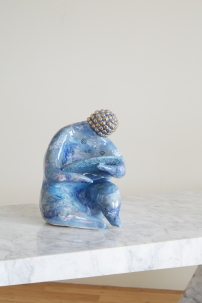 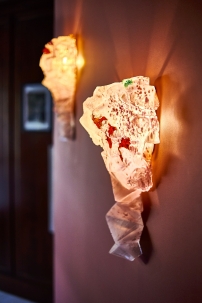 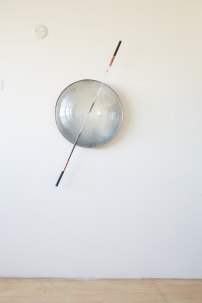 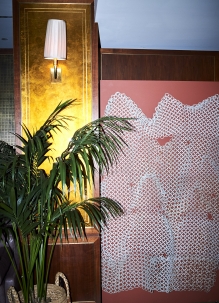 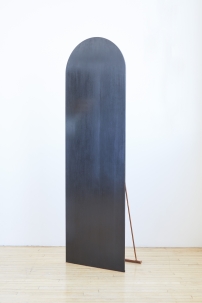 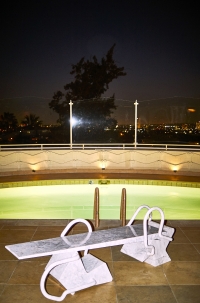 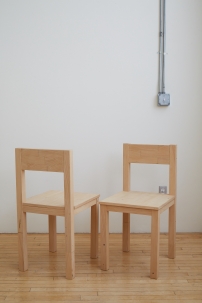 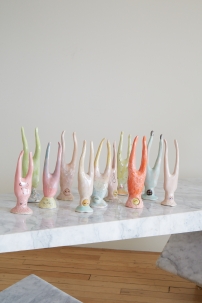 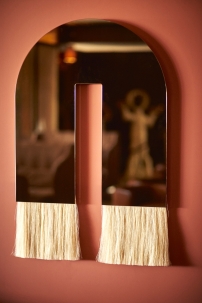 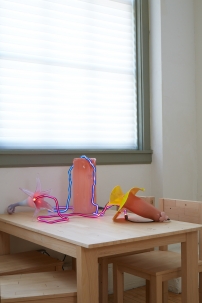 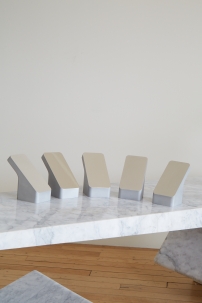 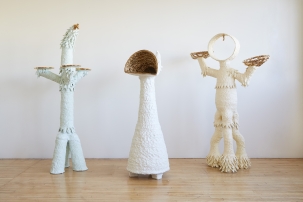 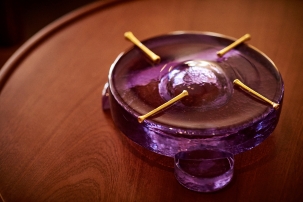